Going out on a limb here and guessing you don’t need me to tell you why we wanted to chat with Amazon at our upcoming robotics event. Well before we were discussing how the pandemic has radically transformed automation, the retail giant had already begun to transform the category.

Amazon’s got hundreds of thousands of robots deployed in fulfillment centers across the country, with a push dating back to its 2012 acquisition of Kiva Systems. Wherever you happen to land on conversations about labor and automation, there’s little question the company had begun putting ideas into practice while many were still speaking theoretically about how robots will eventually change work.

The company has continued to pump money into the category. In 2019, it acquired the Playground-backed autonomous cart startup, Canvas Technologies, and just the other week it detailed the first phase of its billion-dollar industrial fund, which includes investments in Agility, BionicHive and newcomer, Mantis Robotics. There’s a sense in which Amazon has jumpstarted warehouse robotics, as companies are looking toward robotics firms in a bid to compete with its dominance.

Amazon’s VP of Global Robotics, Joe Quinlivan, is going to be joining us onstage in July, alongside already announced guests Dean Kamen, Daniela Rus and Matthew Johnson-Roberson (not all on the same panel, of course — though, wouldn’t that be wild?). We’ll be talking about the company’s robotics journey thus far, recent investments and what future warehouse and logistics operations will look like (including the roles human workers will and won’t play).

Oh, and I also wanted to point out that we’ll be talking to AMP Robotics CEO Matanya Horowitz the month prior at our first major climate event at UC Berkeley. That’s part of a recycling panel that will also feature Novaloop’s Miranda Wang and Nth Cycle’s Megan O’Connor. I spoke to Horowitz at an online-only event last year about the fascinating role that robotics, computer vision and machine learning are already playing in the world of waste sorting.

Speaking of the less glamorous side of things, Boston Dynamics dropped a pair of videos aimed at recontextualizing the firm’s offerings. “No Time to Dance” does what it says on the tin. The Hyundai-owned firm entered the public consciousness through a couple of decades’ worth of viral videos. As it has begun to commercialize products like Spot and Stretch, we’re going to see an attempt to walk the line between lighthearted YouTube videos (plus the occasional Super Bowl ad) and a bid to have its products taken seriously as tools for jobs like inspections and logistics. 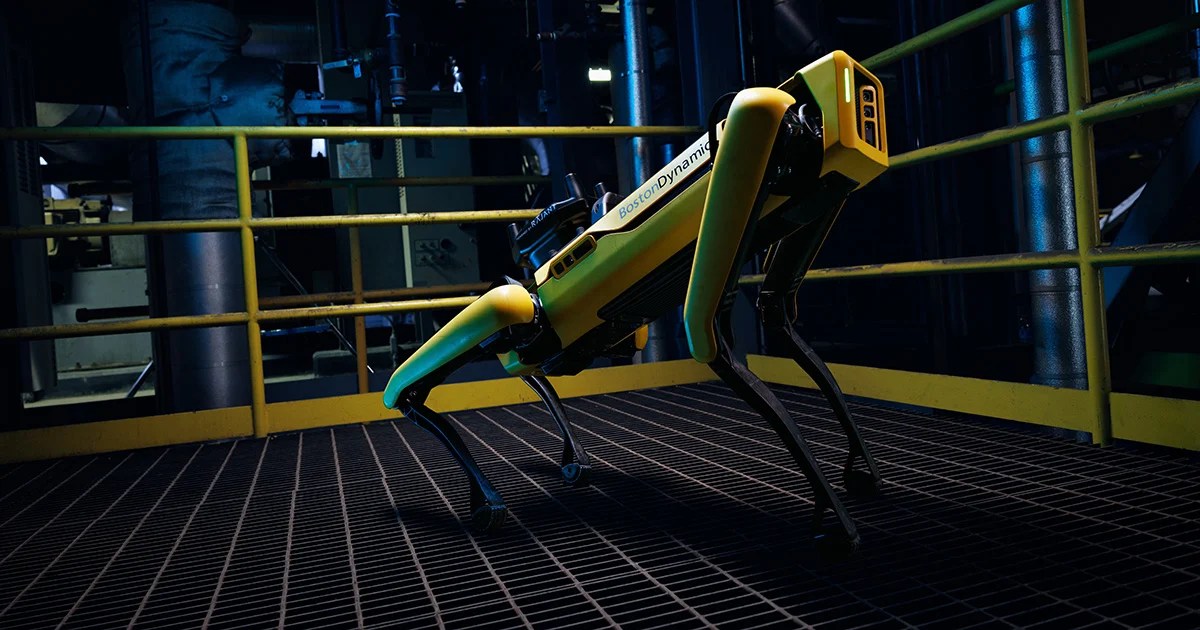 Along with the new videos comes a number of upgrades to Spot. Quoting from Boston Dynamics: 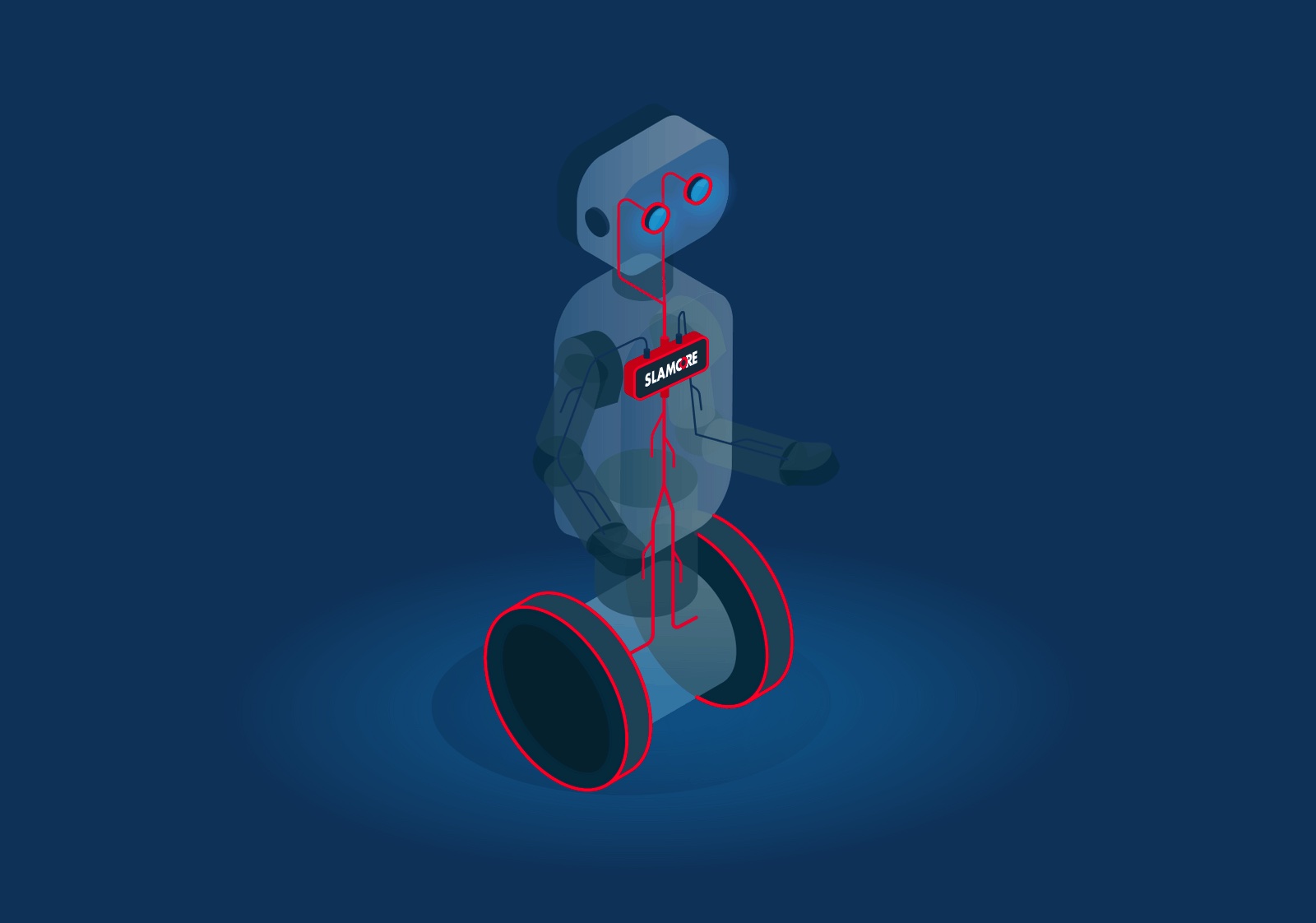 Earlier this week, London-based robotics vision firm SLAMcore announced a $16 million Series A. Led by ROBO Global Ventures and Presidio Ventures, the round follows a $5 million seed from early on in the pandemic. It’s clear the company is among those startups benefiting from increased automation, offering robotics systems a better way to navigate their environment. It also tossed in a reference to the metaverse for good measure. There are some interesting discussions to be had around robotic systems as real-world analogs there.

Says founder and CEO Owen Nicholson, “For far too long, robots have not been able to navigate physical spaces with the level of accuracy and efficiency that we know is possible. As they become more available to companies and consumers alike in years to come, SLAMcore is determined to ensure that as many designers as possible have access to the algorithms needed to optimize their products.” 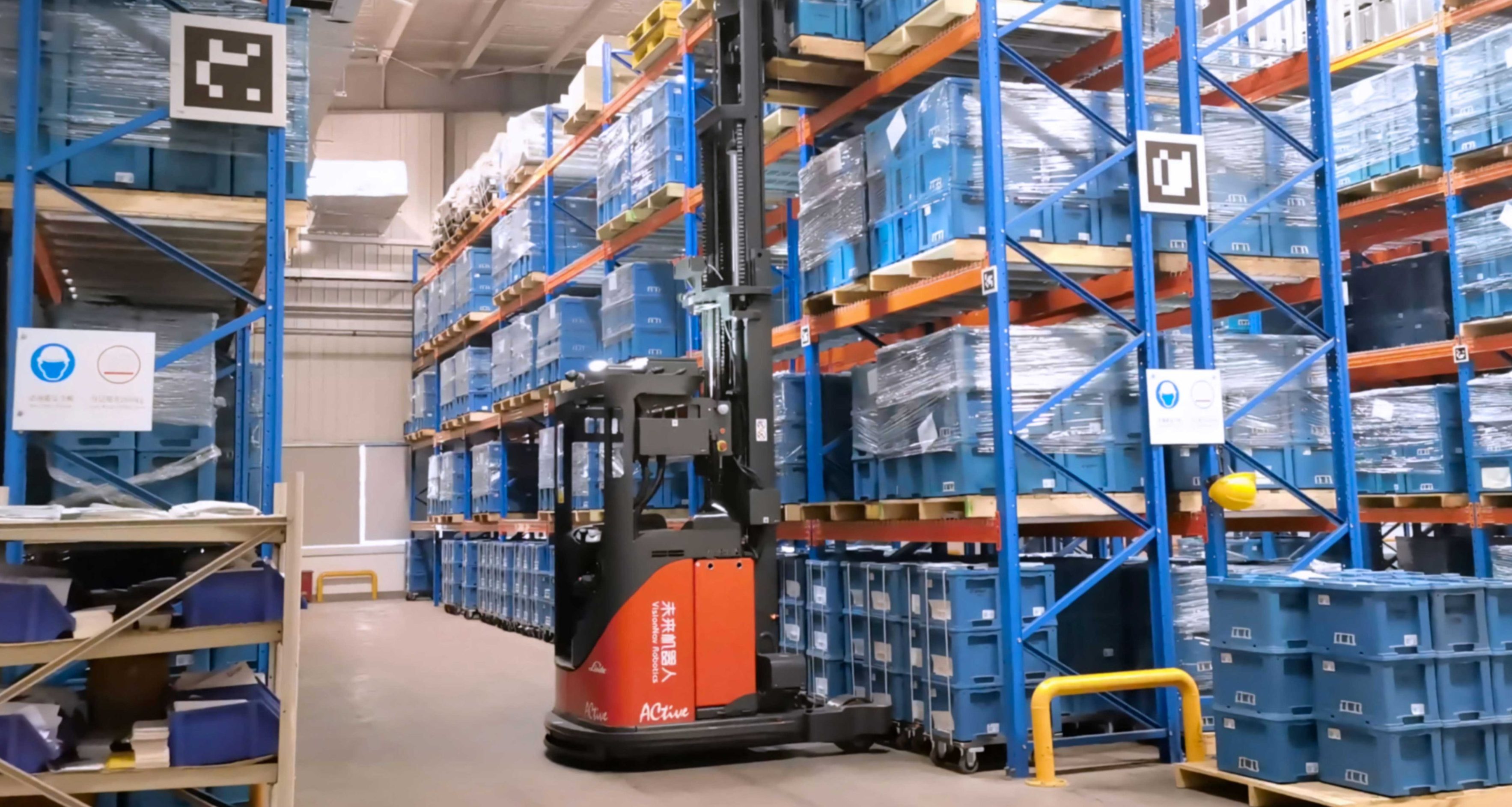 VisionNav Robotics’ name certainly seems to imply that the company operates in a similar space as SLAMcore, though the Shenzhen-based firm specializes in autonomous forklifts and other logistics robotics. This week it announced a big $76 million round that put its valuation at half-a-billion. That money will go toward R&D and further commercialization.

“Before, we were mostly providing indoor solutions. Now that we are expanding to unmanned truck loading, which is often semi-outdoors, it’s inevitable we will be operating in strong light,” VP Don Dong told Rita. “That’s why we are adapting a combination of vision and radar technologies to navigate our robots.”

Some extremely fun research out of MIT this week. I give you Banana Fingers. CSAIL has developed a system for autonomously knitting soft, touch-sensitive wearable robotics. Applications included everything from assistive gloves to soft exoskeletons.

“Using digital machine knitting, which is a very common manufacturing method in today’s textile industry, enables ‘printing’ a design in one go, which makes it much more scalable,” the paper’s lead, Yiyue Luo said in a release. “Soft pneumatic actuators are intrinsically compliant and flexible, and combined with intelligent materials, have become the backbone of many robots and assistive technologies — and rapid fabrication with our design tool can hopefully increase ease and ubiquity.”

It’s also worth highlighting the US Alliance of Robotics Clusters, which brings together MassRobotics, Pittsburgh Robotics Network and Silicon Valley Robotics to help bolster startups, collaboration and just generally advocate for the industry.

“The role of robotics cluster organizations must grow to keep pace with rapid expansion of robotics in the US Our organizations have always worked together informally but are now collaborating strategically to increase US economic productivity and sustainability,” Silicon Valley Robotics’ says in a release. “The United States is the global thought leader in robotics, automation and AI, and we are applying these technologies for both the greater good and to meet global challenges.”

Don’t you love it when a cluster comes together? 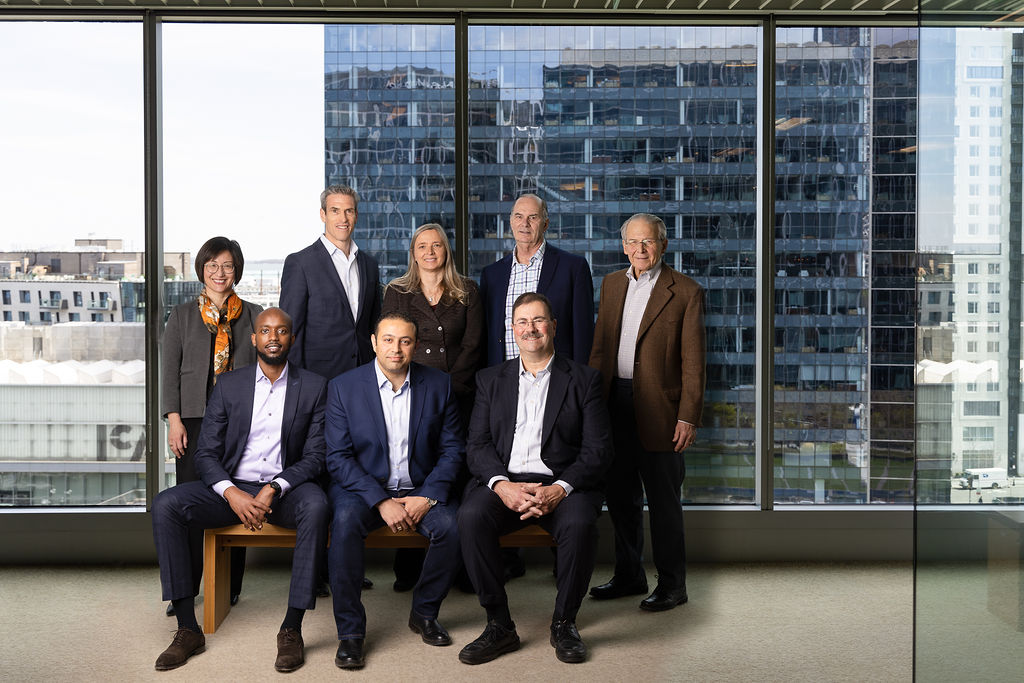 Some more big news for early-stage robotics came with Tuesday’s launch of investment firm Cybernetix Ventures. MassRobotics’ co-founder Fady Saad is serving as a general partner, and the advisory board includes some big names like Helen Greiner, Steve Ricci, Rick Faulk, Peter Wurman and Elaine Chen. The firm will be investing $50 million in robotics, AI and automation companies.

With the launch of Cybernetix, robotics startups will have access to a one-of-a-kind fund from the robotics community, led by robotics leaders, for robotics. It’s clear to us that robotics is a distinct investment class, separate from established categories like software and biotech, with its own investment models, metrics and portfolio engagement. The majority of investors are just starting to figure out the true value of innovative, early-stage robotics opportunities. With the establishment of this fund, we’re here to influence what will have the greatest long-term impacts, and share the full extent of our expertise and networks with the companies we believe in. 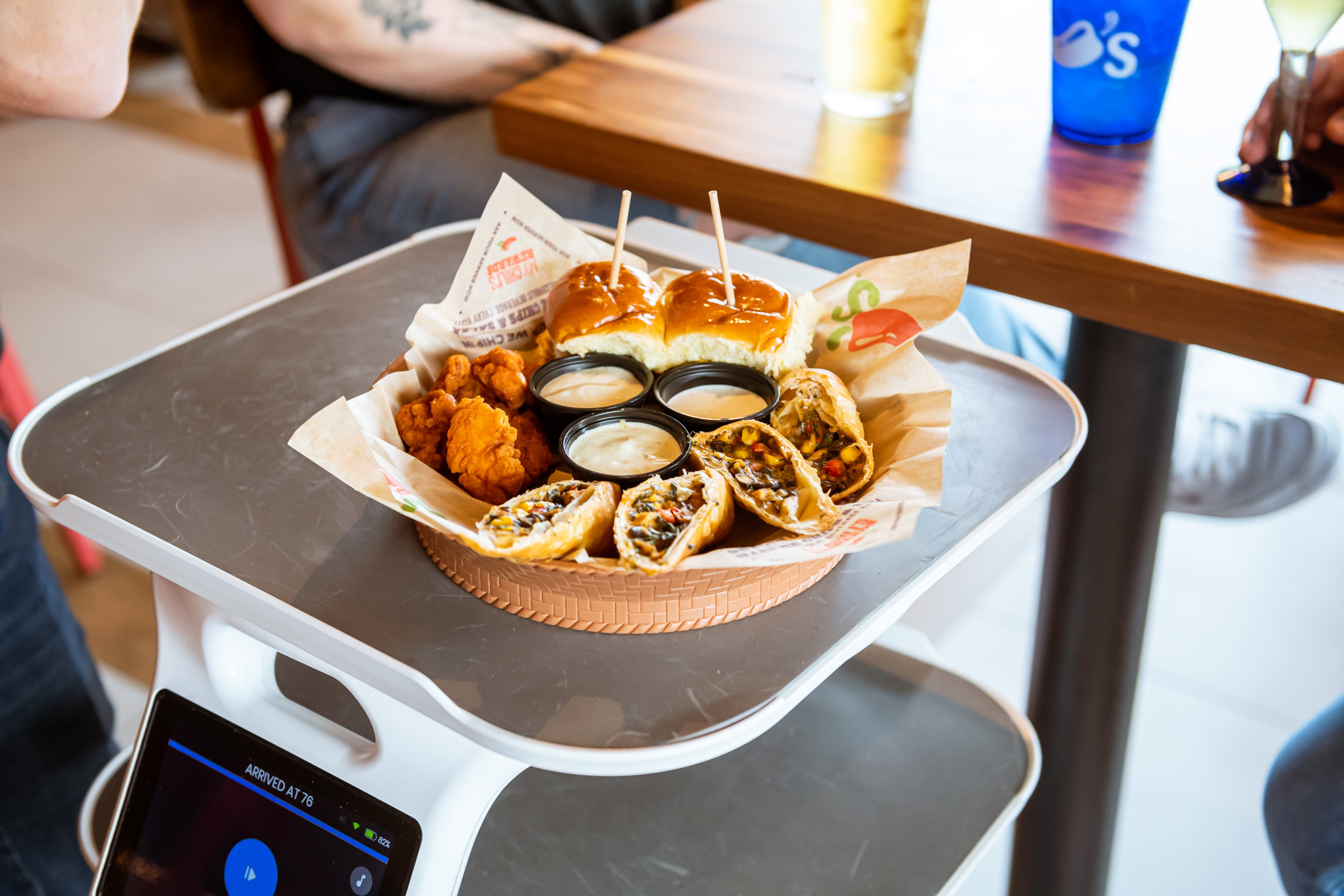 From the “Things I Missed” department comes news that Bear Robotics’ Rita robot is rolling out to an additional 51 Chili’s restaurants, adding to the existing 10. The company tells TechCrunch that this is the largest deployment of Bear’s robots in the US We’ ve written a bunch of Bear and other serving robots in the past, but the gist is that the systems are more about augmenting – than outright replacing – wait staff. Rather than being able to serve customers directly, they essentially operate an extra set of arms.

Thank you, and May the Cinco de Mayo be with you.

How are you not already subscribed?