Among the privacy and security-related updates announced today at Google’s I/O conference, the company says it’s bringing phishing protection to its suite of productivity apps, including Docs, Sheets, and Slides. It will also newly alert users to other possible security issues with their accounts directly on their account profile and offer a new tool that makes it easier to request the removal of your personal information from Google Search.

The company already developed technology to protect users against phishing scams elsewhere across its products and services, including in Gmail and Chrome, for example. Those protections have detected and blocked billions of threats to date, says Google, which has helped to further strengthen Google’s AI-powered protections. That’s why it’s able to now extend this protection to other apps that are often used in the workplace.

Soon, if users are working in a document where Google spots a suspicious link, Google will alert you to the issue and take you back to safety, much as it does on the web. The addition will help to increase user safety amid a growing number of phishing scams, which are now responsible for over 90% of recent cyberattacks, the company notes. (The company pre-announced this feature ahead of I/O in April.)

Along with this release, Google Apps users will also be warned about other security issues right on their profiles.

“We were the first consumer tech company to offer two-step verification over 10 years ago. And last year, we were the first to turn it on by default…We don’t ever want people to worry about the safety of their accounts, so at I/O we’re also launching a new alert on the profile picture across all Google Apps, letting users know that if there’s a security issue that needs their attention,” said Guemmy Kim, Director, Account Security at Google.

The company at I/O announced it enrolled an additional 150 million accounts in two-step verification in the last year alone. 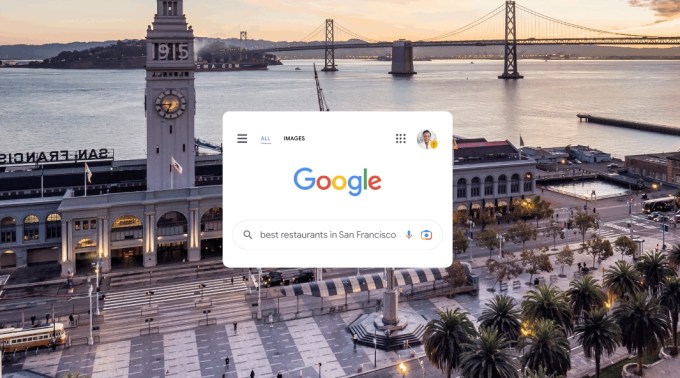 When there’s an issue, a yellow alert will pop up on the screen on top of the account profile picture. When clicked, users will be taken to a page with a set of recommended actions they need to take in order to stay safe online. This isn’t necessarily offering new functionality in terms of the protections offered to users, but is highlighting potential risks in a more obvious way that users may be less inclined to ignore.

Another new feature is also an iteration related to an existing protection.

In April, Google announced it would allow users to request the removal of their personal contact information from Google Search, including a phone number, email address, or physical address. The change followed the EU’s 2018 adoption of the General Data Protection Regulation, which included a section that gave individuals the right to have information about themselves removed from search engines, also known as the “right to be forgotten.”

Previously, this process involved filling out and signing a form.

But now, Google says it will roll out a new tool to streamline the request process.

When it launches, if you come across Google Search results that contain your phone number, home address, or email, you’ll be able to quickly request the removal from Google Search right where you found them. 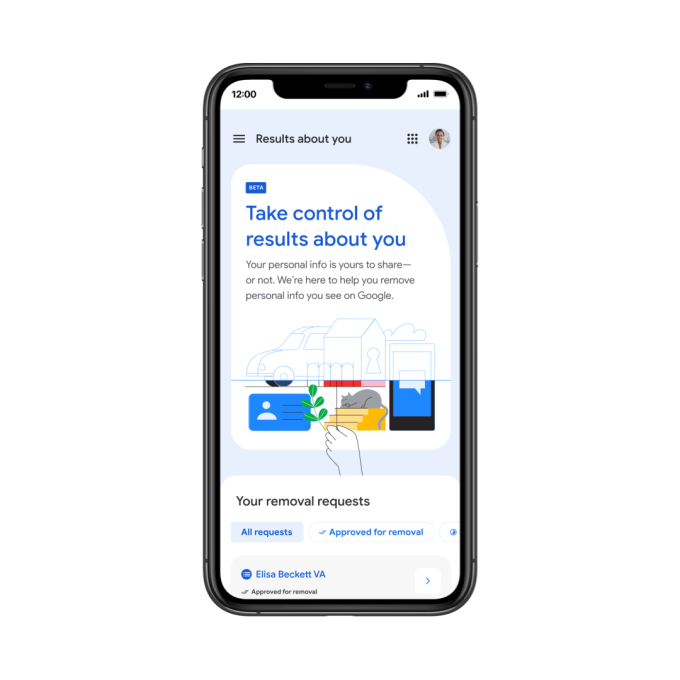 Instead of then filling out a form, you can use Google’s user interface to click on the type of result you want to be removed and submit it directly to Google. You’ll about be able to track your requests in a single place to see which ones you’ve submitted, which are pending and which have been approved.

Google says this feature will be available in the coming months in the Google app and will be accessible in individual Google search results on the web.