When a Scot Ties the Knot

RECOMMENDED: When a Scot Ties the Knot by Tessa Dare is $3.99! Elyse loved this book so much and gave it an A:

Everything about When a Scot Ties the Knot by Tessa Dare worked for me. Everything. Bust out the squee mop, y’all because this review is just going to be a flappy-hands Good Book Noise® mess.

Things this book has:

1. A sexy Scot hero I pictured as Sam Heughan.

2. A heroine who is a naturalist and illustrator.

4. A completely crazy sauce plot that Dare pulls off flawlessly.

On the cusp of her first London season, Miss Madeline Gracechurch was shyly pretty and talented with a drawing pencil, but hopelessly awkward with gentlemen. She was certain to be a dismal failure on the London marriage mart. So Maddie did what generations of shy, awkward young ladies have done: she invented a sweetheart.

A Scottish sweetheart. One who was handsome and honorable and devoted to her, but conveniently never around her. Maddie poured her heart into writing the imaginary Captain MacKenzie letter after letter… and by pretending to be devastated when he was (not really) killed in battle, she managed to avoid the pressures of London society entirely.

Until years later, when this kilted Highland lover of her imaginings shows up in the flesh. The real Captain Logan MacKenzie arrives on her doorstep—handsome as anything, but not entirely honorable. He’s wounded, jaded, in possession of her letters from her… and ready to make good on every promise Maddie never expected to keep. 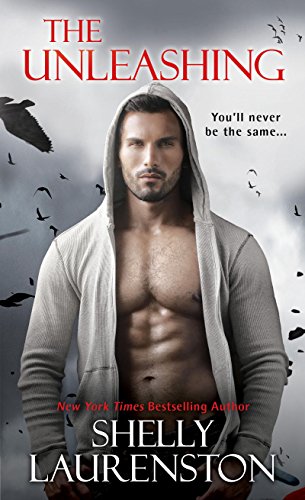 RECOMMENDED: The Unleashing by Shelly Laurenston is $1.99! Sarah loves this paranormal romance series. She did a little drive by squee for this one during a review for the second book, The Undoing:

Feared Viking blacksmith (of sorts) in the Raven clan has a massive crush on a former Marine who is reborn as a Crow. (Bonus: Ravens giving him shit about his ella crush, and his ella ability to admit easily that he really likes her: ALL the thumbs of ella, all of them up.)

Kera Watson never expected to face death behind a Los Angeles coffee shop. Not after surviving two tours lugging an M16 around the Middle East. If it wasn’t for her hot Viking customer showing up too late to help, nobody would even see her die.

In uncountable years of service to the Allfather Odin, Ludvig “Vig” Rundstöm has never seen anyone kick ass with quite as much style as Kera. He knows one way to save her life from her—but she might not like it. Signing up with the Crows will get Kera a new set of battle buddies: cackling, gossiping, squabbling, party-hearty women. With wings. So not the Marines.

But Vig can’t give up on someone as special as Kera. With a storm of oh-crap magic speeding straight for LA, survival will depend on combining their strengths: Kera’s discipline, Vig’s loyalty… and the Crows’ sheer love of battle. Boy, are they in trouble.

The Dating Plan by Sara Desai is $1.99! This is a contemporary romance that came out a little over a year ago and has a fake relationship. I’ve loved how colorful all of Desai’s covers have been. Have you read this one?

Daisy Patel is a software engineer who understands lists and logic better than bosses and boyfriends. With her life de ella all planned out, and no interest in love, the one thing she ca n’t give her family is the marriage they expect. Left with few options, she asks her childhood crush of her to be her decoy fiance of her.

Liam Murphy is a venture capitalist with something to prove. When he learns that his inheritance from him is contingent on being married, he realizes his best friend’s little sister has the perfect solution to his problem from him. A marriage of convenience will get Daisy’s matchmaking relatives off her back from her and fulfill the terms of his late grandfather’s will from him. If only he had n’t broken her tender teenage heart of her nine years ago…

Sparks fly when Daisy and Liam go on a series of dates to legitimize their fake relationship. Too late, they realize that very little is convenient about their arrangement. History and chemistry aren’t about to follow the rules of this engagement. 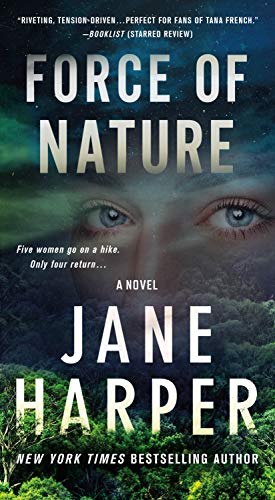 Force of Nature by Jane Harper is $2.99! It’s the second book in the aaron falk series, though it works fine as a self-contained story. I was a huge fan of the first one, The Drythough never really went on to continue the series.

Five women reluctantly pick up their backpacks and start walking along a muddy track.

Only four come out on the other side.

The hike through the rugged Giralang Ranges is meant to take the office colleagues out of their air-conditioned comfort zone and encourage teamwork and resilience. At least, that’s what the corporate retreat website advertises.

Federal Police investigator Aaron Falk has a keen interest in the whereabouts of the missing hiker, Alice Russell. Because Ella Alice knew secrets, about the company she worked for and the people she worked with.

The four returning women tell Falk a tale of fear, violence and fractured trust during their days in the remote Australian bushland. And as Falk delves into the disappearance of Alice, he begins to suspect some dangers ran far deeper than anyone knew.